My Life In Music!

You’re invited to Adrienne Albert: My Life In Music on July 20th 8pm! Adrienne is a great spirit and has wonderful, unique stories. You do not want to miss this one! 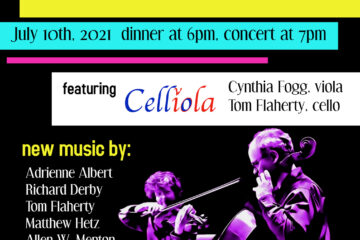 Our first live in-person concert (since the pandemic) was a great success! Celliola played wonderfully at a large, beautiful private studio for a very appreciative audience. NACUSA July 10 2021 Concert Program-final 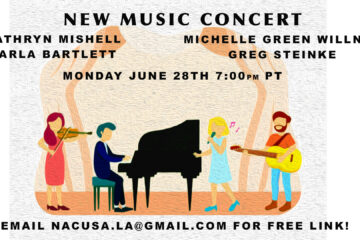 Join us for a pop-up concert of new music videos by the amazingly talented composers of NACUSA! The composers will all be there and good conversation will follow 🙂 These are always fun and showcase Read more… 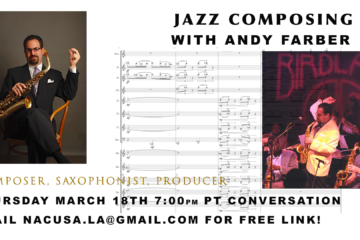