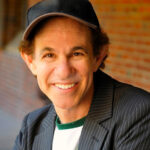 President David Raiklen: (ASCAP) Composer-producer-host. David was mentored by Oscar winner John Williams and Pulitzer Prize winner Mel Powel. Dr. Raiklen studied at USC and Cal Arts and later taught at those universities. He has worked for the major studios including Sony, Fox, Disney, Sprint, Mattel, Warner Bros and PBS, plus many independent productions. His projects have starred Elliott Gould, Doug Jones, Blythe Danner, and Martin Sheen. David made the New York Film Critics Top Ten with the documentary Heist, the short list for an Academy Award® for Worth, and Mia, A Dancer’s Journey won the Emmy. David Raiklen compositions have been performed at the Hollywood Bowl and Disney Hall. He is also host of a successful radio program, Classical Fan Club, where guests include Yo-Yo Ma and John Williams; and is host and leader of The Academy of Scoring Arts seminars. David is currently producing and composing for Space Command, a series of epic adventures set in a hopeful future and producing Virtual Reality experiences. 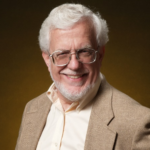 Vice President Richard Derby Richard Derby has a Ph.D. in music composition from the University of California Santa Barbara. In 1977-78 he held a Fulbright Fellowship to study composition with Justin Connolly at the Royal College of Music in London. In 1982 his article “Elliott Carter’s ‘Duo for Violin and Piano’ ” was published in Perspectives of New Music. A Cambria Master Recordings CD of his chamber music is available from Southwest Chamber Music. Richard’s choral music is published by Lawson-Gould Music Publishers. Various awards include the BMI Award to Student Composers (1975), the National Federation of Music Clubs Young Composers Contest/Victor Herbert-ASCAP Award (1975), the United Music Publishers Ltd. Prize for an Outstanding Composition Student at the Royal College of Music, London (1978), the Herbert Howells Prize, Royal College of Music, London (1978) and the American New Music Consortium Award, New York (1985). Recordings of Richard’s recent music are posted on soundcloud.com/richardderby.  Richard’s website is at richardderbycomposer.com. 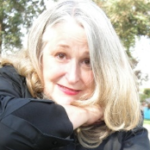 Treasurer Jeannie Gayle Pool (ASCAP) is a composer, musicologist, filmmaker, producer, and lecturer. An ASCAP composer, her compositions have been heard in California, Washington, D.C., Ohio, Massachusetts, Toronto, Paris, Belgrade, India, and China, and in several short films and documentaries. As a music historian and producer, she served as the Executive Director of the Society for the Preservation of Film Music from 1990 to 2002. She was a consultant and music archivist for the Paramount Picture Motion Picture Music Department from 1995 until 2012. Currently at Chapman University, Dr. Pool has taught as adjunct faculty at several universities and frequently guest lectures on film and television music, women in music history, and contemporary American music. Dr. Pool is one of the founders of the International Alliance for Women in Music and one of the leading advocates for women-in-music and producer of dozens on festivals, concerts, and conferences.

An award-winning radio host and producer, Jeannie Pool was heard weekly on KPFK-FM, Pacifica Radio in Los Angeles between 1980 and 1997 on her program “Music of the Americas,” on other broadcasts, and numerous radio documentaries. She has produced dozens of recordings for Cambria Master Recordings, an independent California label which specializes in American music and works as a recording session producer on numerous other projects. Born in Paris, Illinois, Dr. Pool grew up in Ohio and studied music in New York City at Hunter College of the City University of New York (B.A. in Music). She also holds a Master’s degree from California State University, Northridge and a Ph.D. in Music from the Claremont Graduate University. 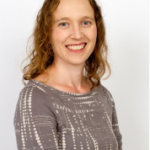 Board Member Katherine Saxon (ASCAP) was born in Santa Monica, California and completed her Ph.D. in Music at the University of California, Santa Barbara, studying with Joel Feigin. Katherine also holds a BA from Williams College in Massachusetts where she studied composition with Ileana Perez-Velazquez and voice with Brad Wells, and a Master of Music degree from the University of Oregon where she studied with Robert Kyr and David Crumb. In 2012 Katherine received first prize in the San Francisco Choral Artists’ New Voices Competition for her work Speed and Perfection. Navona Records released her composition East of the Sun/ West of the Moon and Vox Dilect Mei on the album “Polarities: exploring the contemporary expanse” in March 2014. She was awarded honorable mention in the 2015 American Prize Composition Choral Music Division for Kubla Khan. Recently her mini opera 452 Jamestown Place was presented as part of West Edge Opera’s “Snapshot” series. She has attended the Vancouver Early Music Festival, Madison Early Music Festival, Oregon Bach Festival Composer’s Forum, Open Space Festival, the Atlantic Music Festival, the Bowdoin International Music Festival, New Music on the Bayou, the Banff Centre for the Arts and the COSI Opera Creation Lab. 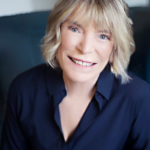 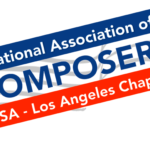 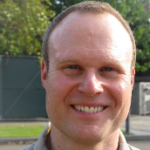 Board Member Allen W. Menton’s music reflects his many cultural interests, encompassing literature, history, religion, dance, theater, and the visual arts. His orchestra works have been performed by many ensembles, ranging from youth and school groups to community and professional orchestras. His works for theater have been performed at venues throughout southern California, and his chamber music has been performed across the country and recorded professionally. A dedicated and innovative teacher, Allen Menton is Professor of Music Theory and Composition at Fullerton College in California. Previously, he taught at Pomona College, Charles University in Prague (as a Fulbright Scholar), and at the Long Beach and San Bernardino campuses of California State University. He holds degrees in Music Composition and Comparative Literature from Stanford, Cornell, USC, and UCLA. Hear more of his music at www.allenmenton.com. 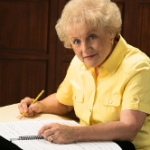 Senior Advisory Deon Nielsen Price  (ASCAP) holds a B.A. Brigham Young University. An M.M. University of Michigan, and a D.M.A. University of Southern California. She is a commissioned composer, award winning pianist, performing, and recording artist, conductor, vocal coach, author, church musician, retired professor, and advocate for women in music and for living composers. Dr. Price’s several CD recordings on the Cambria label, including the 2017 release, Radiance in Motion, are highly acclaimed: “fascinating, rewarding music” (Fanfare 2019).Her book, Accompanying Skills for Pianists, and sheet music for her nearly 300 compositions are available at www.culvercrest.com and are being archived at Brigham Young University. Dr. Price’s 2019 commissions include a work for clarinet and piano in celebration of the Centennial of Los Angeles Alumni of Mu Phi Epsilon; a performance March 17, in San Francisco of her 2018 opera Ammon and the King: Immigrant Speaks Truth to Power; and the orchestration of “Behind Barbed Wire,” about life in the Japanese-American incarceration camps 1942-1946. The Metro Chamber Orchestra, with Chika Inoue, saxophone soloist, performed it at the Brooklyn Academy of Music (NY) on May 18, 2019. Dr. Price currently coordinates the Interfaith Center at the Presidio Sunday Concerts at the historic Presidio Chapel.
Copyright © 2023 NACUSA-LA | All Rights Reserved NACUSA-LA